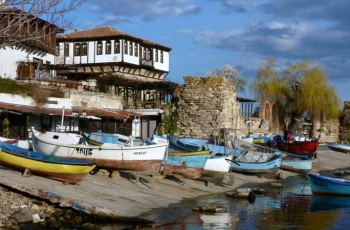 Nessebar is one of the most ancient cities in Europe, more than 3,200 years old due to some historical notes. The town consists of Ancient (Old Nessebar) and New part

Old Nessebar is on a small picturesque peninsula 850 m in length and a width of 350 m. The peninsular is connected to the mainland by a narrow isthmus, discussed to be man-made. Nessebat is one of the most exotic destinations on the Southern Bulgarian Black Sea coast.

Nessebar meets  Sunny Beach to the North, and Ravda holiday village to the South. Nessebar is municipality centre of one of the most rapidly developing municipalities in Bulgaria.

Main industries in the region are tourism, recreation and sports. The climat, location and natural beauty provide best conditions for branch and economical devolopment.
The largest beach area, including Sunny Beach, is in Nessebar municipality, approximately 1,500 dca.

In ancient times Nessebar was known as Messembria. There were 2 ports in the town – on the north and on the south. There are many remains of ancient vessels even nowadays. Over the years, the town was growing: temples were built, schools and theater, a massive wall made the town look like a fortress, large number of crafts were developed.

Messembria was allowed to have its own coins around 440 BC,. The town had excellent trade relations with other large cities on the Black Sea, the Aegean sea and the Mediterranean.

At the time Nessebar became part of the Roman Empire, the town was an important commercial and cultural center, one of the most powerful on the Black Sea coast of Roman Thrace.

Basilicas, city walls, new water supply system and public baths were designed and constructed. All the construction works were planned, design and constructed or supervised by leading architects and engineers of the Empire. The Central Church of Mesemvria was named St. Sofia, just like was Constantinopolis.

Nesebar was announced to be an architectural and archeological reserve in 1956, and in 1983 Nessebar was added to the list of UNESCO World Heritage Sites.

There are five museum exhibitions in Nessenbar presenting the cultural heritage of the city. Less than half of the 42 Nessebar churches were found and preserved. And only 1 of them is acting nowadays. There is an old mill in the middle of the isthmus that connects the peninsula with the mainland. This is one of the tourist attractions.

Seven landmarks in Nessebar are listed in the National 100 tourist sites list.

If you plan to visit Nessebar do not miss the Archaeological Museum of Nessebar, St. Stephen's Church, Church of Sveti Spas, Nessebar Ethnographic Museum – the Moskoyani  two-storey old Revival house on the Southern coast of the peninsula. 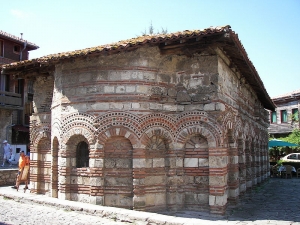 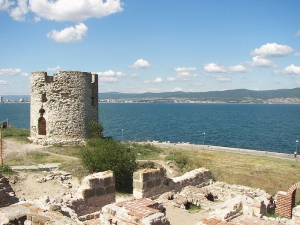 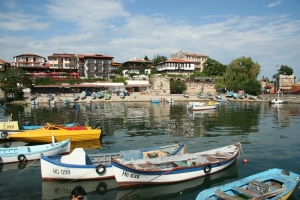 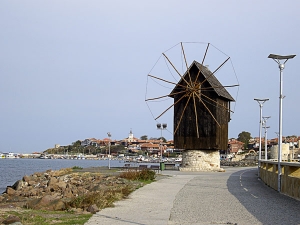 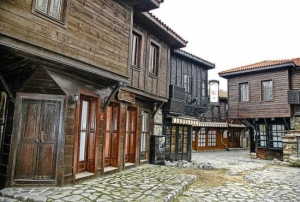 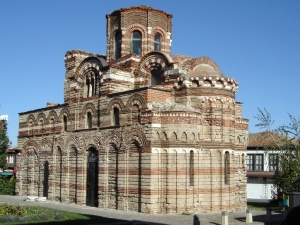